You may have heard a lot of noise in the media about Bitcoin “forking”. Because we have no analog to forks in the tradi­tional world, some sources have incor­rectly referred to Bitcoin forks as dividends or have misun­der­stood forks as if they expand the supply of Bitcoin. The truth, however, reveals itself in market data. Unlike a stock split, where the resulting shares still refer to the original company, a Bitcoin fork is much more analo­gous to creating new unrelated digital assets out of thin air at zero cost, and gifting them to existing holders of Bitcoin. A Bitcoin fork does not affect the 21 million supply limit of Bitcoin itself. Let’s dive in.

Imagine you have the world’s gold stored in the ultra securely engineered Fort Knox under heavy armed guard. You build a small, poorly engineered shack and call it Fort Knox Lite, securing it with a single guard. You paint some rocks a gold color and put them in the shack. You then announce to the world that you’ve “forked gold” and issued every holder of gold an equiv­a­lent amount of free rocks inside your shack.

We need lots of miners guarding Bitcoin, making it expen­sive to 51% attack. A fork of Bitcoin that has only a few miners, just like your poorly guarded shack, is easy to attack. The code is probably struc­turally unsound, built by a small inexpe­ri­enced team of devel­opers with poor peer review, just like your shack.  Forked coins aren’t accepted by any existing nodes because they break the rules of Bitcoin. Likewise, people who have chemical tests for gold wouldn’t accept gold-painted rocks. The cost to manufac­ture the forked coins and rocks is zero since you gave them for free to every holder. This limits the market’s interest in forks of Bitcoin.

As an example, let’s take a look at Bitcoin Cash (BCH), possibly the best-marketed fork of Bitcoin. This coin launched in 2017, at the tail of a long war over the Bitcoin block size, a parameter that affects both the trans­ac­tional capacity and decen­tral­iza­tion aspects of Bitcoin. Everyone who held Bitcoin was given equal amounts of the new coin. Many Bitcoin holders immedi­ately sold this “costless” variety in order to accumu­late more of the truly scarce original Bitcoin, driving the price lower. Although this coin shares more than 99% of its code and thus technical DNA with Bitcoin, the market has valued it at only around 3 to 4% of Bitcoin’s value. Dozens more forks followed, trying to co-opt Bitcoin’s brand name, but the market valua­tions of those fared even worse.

As you consider the thousands of cryptocur­ren­cies that have been created, none of which have signif­i­cant market value and almost nonex­is­tent liquidity, ponder this paradox: creating Bitcoin forks is free and easy. However, changing the rules of Bitcoin or creating new bitcoins is anything but easy. Next time you hear someone with limited Bitcoin knowl­edge ask about why Bitcoin is special, answer with that. 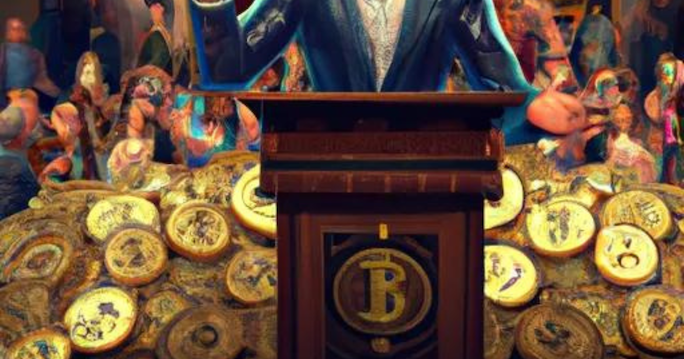